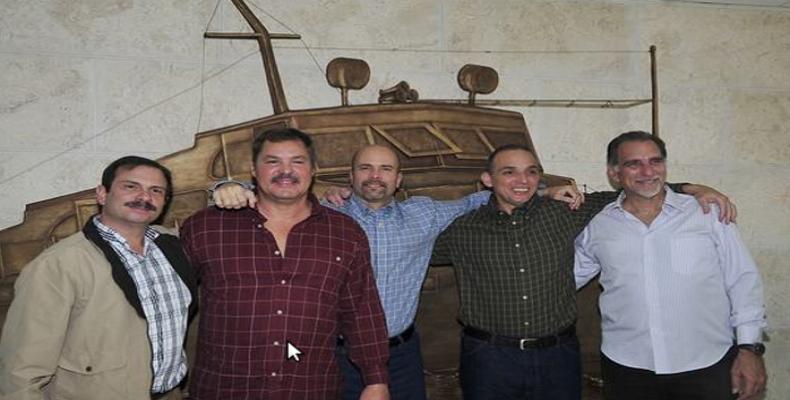 Havana, April 29 (RHC)--The Miami-based organization  Alianza Martiana, or Jose Marti Alliance, has donated a large banner they had made and placed on top a Miami building raising awareness on the case of the Cuban Five while they were in prison in the U.S.

The banner, 22 meters long and 6 meters wide, was handed over to the Cuban Friendship Institute, which said it will be placed at their international camp west of Havana, where hundreds of solidarity with Cuba visitors stay every year.

Friendship Institute President, Fernando González pointed to the commitment and courage of the Alianza Martiana solidarity group, which braved the anti-Cuba sentiment of extremists in Miami and in 2012 placed the banner in a central avenue of the city.

Solidarity with Cuba activist Andrés Gómez, coordinator of the Antonio Maceo Brigade in Miami, said in spite of the hostility towards Cuba in that city, the banner stood in place atop a Miami building for 32 hours before it was ordered down by city authorities, who had earlier approved its placing.