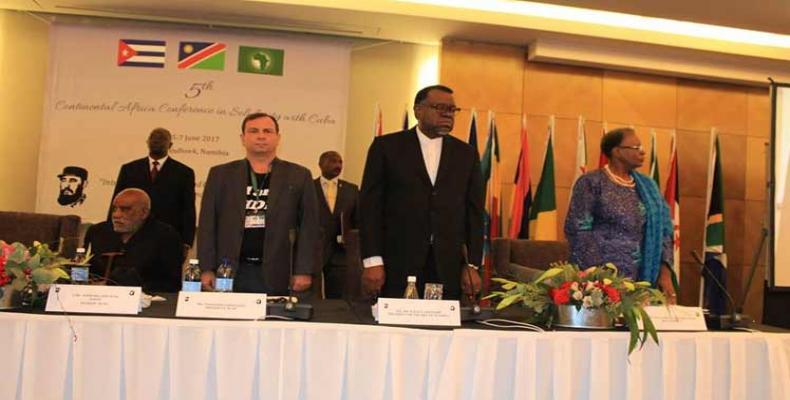 The Fifth Continental African Conference of Solidarity with Cuba, which wrapped up on Tuesday, was held under the theme: “Intensifying Solidarity and Continuing the Legacy of Fidel and Che.”

The ongoing economic blockade against Cuba imposed by the United States, as well as ways that African solidarity can help resist it, was the topic of many of the conference's discussions and speeches.

The conference focused on emphasizing material ways in which African-Cuban solidarity can be built upon and expanded, as well as promoting economic cooperation among the Global South.

Conference attendees also expressed support for the Bolivarian Revolution in Venezuela and the independence struggle for Puerto Rico.