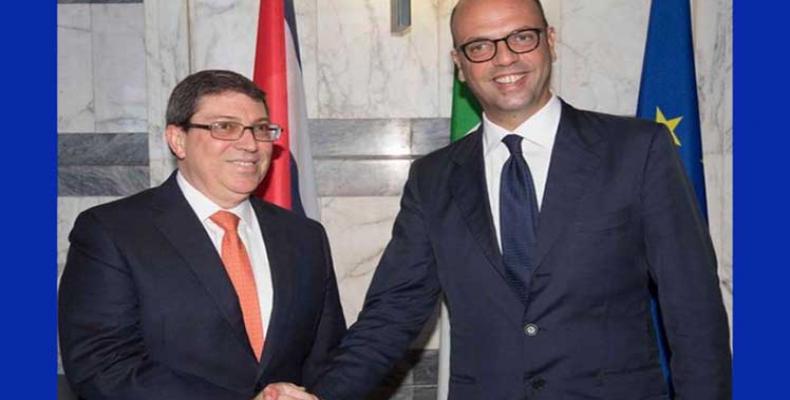 Rome, June 22 (RHC/Prensa Latina)-- Cuban Foreign Minister Bruno Rodriguez continues today his three-day official visit to Italy, during which he was to meet with Laura Boldrini, President of the Italian House of Deputies, and Pietro Grasso, President of the Senate.

Minister Rodriguez arrived in Rome on Wednesday and held talks with his Italian counterpart, Angelino Alfano.

In statements to the press following the meeting, Bruno Rodriguez said Cuban ties with Rome have a special significance. He said relations are based on deeply historical and cultural grounds, adding that in Cuba there is 'great affection for Italy and for Italians.'

“Italy is one of Cuba's main economic partners,” the minister stressed and further noted that “we have indeed found comparative advantages and reciprocal interests” in areas like tourism, agribusiness, biotechnology and renewable energy, among others.

Rodriguez also thanked Foreign Minister Alfano for Italy's constructive role in the process of improving relations between Cuba and the European Union.  He also thanked Italy for the traditional support given Cuba at the UN during votes on the US blockade.