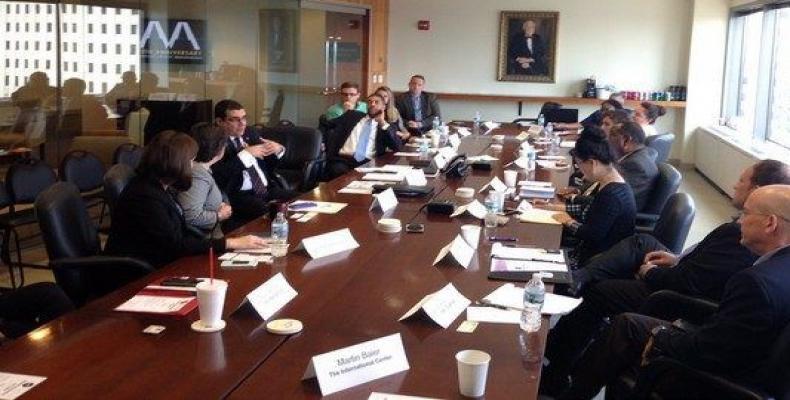 Indianapolis, June 30 (RHC)-- Cuban Ambassador to the United States José Ramón Cabañas participated Thursday in a business round table discussion in the U.S. city of Indianapolis, Indiana, where he further confirmed a growing interest among entrepreneurs there in business opportunities in a wide range of sectors, under Cuba's foreign investment law.

The business forum was held at the headquarters of the Indiana Chamber of Commerce. Ambassador Cabañas posted several pictures of the meeting on his twitter account, describing it as eye-opening and very productive.