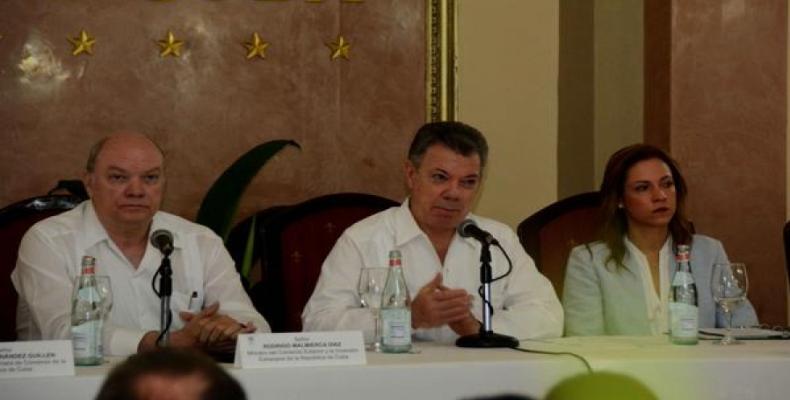 The Colombian leader headed a business mission that participated in a bilateral Business Forum at Havana's Hotel National, with the objective of taking advantage of exchange opportunities in areas such as construction, agribusiness, food, oil, electricity and energy.

Santos said that his visit to Havana fulfilled two objectives: to thank the Cuban government and people for the support of the peace process in Colombia and to increase the commercial and economic ties between both nations.

He held official talks with his Cuban counterpart, Raul Castro, at the Palace of the Revolution, at which time they reviewed the state of bilateral relations and discussed other issues on the international agenda.

According to Santos, both nations maintain a friendly exchange of mutual respect, in which he emphasized the role of Cuba as facilitator and venue of the dialogues between the government of Colombia and the Revolutionary Armed Forces of Colombia-People's Army (FARC-EP) to reach the signing of the final peace agreement in that country.