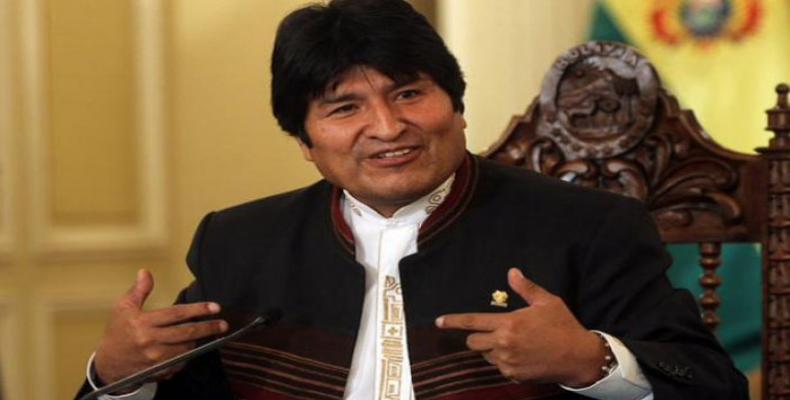 Havana, July 26 (RHC)-- Bolivian President Evo Morales has described July 26, 1953 as an historic and immortal date, when a group of young revolutionaries led by Fidel Castro staged one of the most heroic actions of the Cuban Revolution.

In an exclusive interview with Radio Habana Cuba, Evo Morales described the assaults on the Moncada and Carlos Manuel de Céspedes barracks as a rebellion of emancipation and an example for all of Latin America.  "There began the great revolutions, now cultivated by the new generations," Evo Morales said.

After lamenting the physical absence of Fidel Castro on historic dates such as that of National Rebellion Day in Cuba, the Bolivian president assured, however, that his work and thoughts will always be present.

Concerning the murder of Ernesto Che Guevara half a century ago in Bolivia, Evo Morales emphasized in his interview with Radio Havana Cuba that like Fidel, Che is a symbol of liberation of our peoples.

He said that Bolivian social movements are organizing an event at the Cuban embassy in the Andean country to remember Che, on the anniversary of his death in October, which will consist of a week of exhibitions, debates and cultural activities, all dedicated to Ernesto Che Guevara and his sense of anti-imperialist struggle.