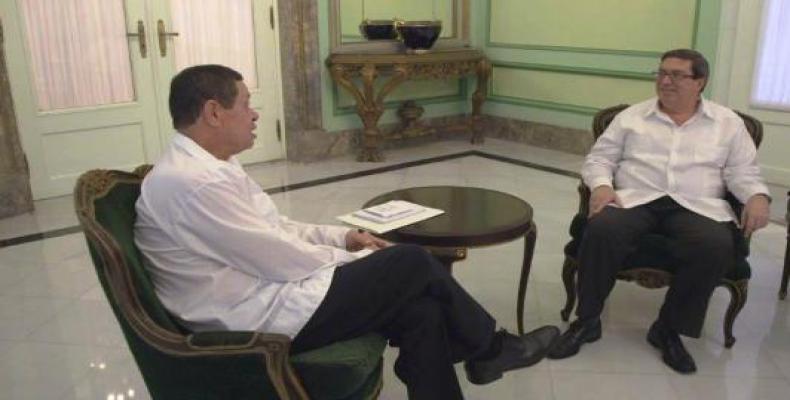 During the meeting, the two sides underscored the excellent state of bilateral relations and praised the results of the 14th Inter-Chancery Meeting for Political Consultation, which has just concluded here in Havana.

The top Cuban diplomat thanked South Africa for its permanent support for Cuba at the United Nations and within the African Union against the U.S. blockade policy.

The South African deputy minister for foreign relations and cooperation was accompanied by Thandi Fadane, Executive Director for Latin America and the Caribbean at the South African Foreign Ministry and Thaninga Pandit Shope-Linney, South Africa's Ambassador here in Cuba.

Also attending on the Cuban side were Sidenio Acosta Aday, Interim Director for Sub-Saharan Africa at the Foreign Ministry and Rodolfo Benítez Verson, Cuba's Ambassador Designate to South Africa.