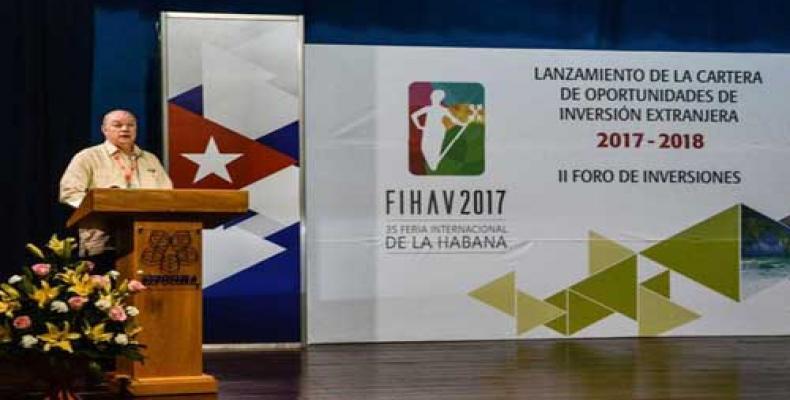 Havana, November 1 (RHC/agencies) – Cuba said on Tuesday it had attracted two billion dollars in investment agreements so far this year, a record figure and an indication that the US economic circle has not kept the island from being attractive for foreign capital.

“We have signed 30 agreements so far this year, and there are another 80 negotiations in progress, of which 15 are nearly completed, and we may sign some before the end of the year,” Foreign Trade and Investment Minister Rodrigo Malmierca told an investment forum in Havana on Tuesday.

Minister Malmierca said the country was working to overcome obstacles that may still exist for investors, such as delays in project approval, lack of experience among Cuban negotiators and a dual monetary system.

Cuba passed a law in March 2014 offering investors tax cuts in a climate of investment security.