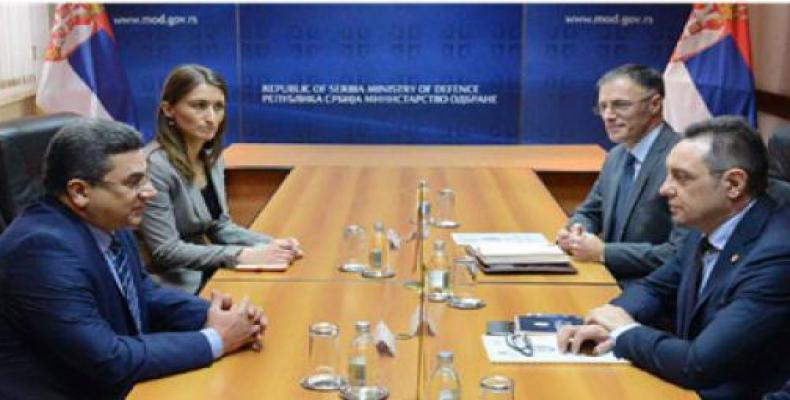 According to the website, the Cuban diplomat held talks with Serbian Defense Minister Aleksandar Vulin, who is also President of the country's Socialists Movement Party.

During the exchange, Vulin thanked Cuba for its stance in support of Serbia in its efforts to preserve the country's sovereignty and territorial integrity, against separatists' drive in Kosovo.

The Cuban ambassador also held talks with Serbian Health Minister Zlatibor Lonchar, with the two sides assessing what they called  “high potential” for strengthened bilateral cooperation in the field. They also reviewed the state of implementation of a cooperation agreement signed last December, providing for joint production of vaccines and other medication.

The Serbian Health Minister took the opportunity to express his country's interest in a Cuban expert team visiting Serbia in the near future to discuss new cooperation projects in the health sector.

The Cuban ambassador also met with the Serbian Minister for Agriculture, Forestry and Water Management Branislav Nedimovic, who pointed also to ample possibilities for joint work, particularly in plant treatment and seeds production and processing.