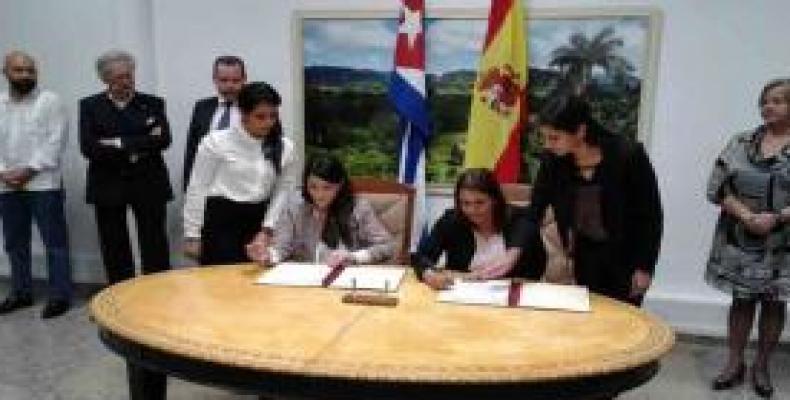 Havana, February 3 (RHC-PL), --  The Spanish company Mercasa has signed an agreement that will lead to a feasibility study for the construction of a central wholesale supply market in Havana.

According to the digital newspaper Cubadebate this agreement is the first of its kind in this country and will guarantee the existence of fresh products such as fruit, vegetables, fish, and meat.

The agreement was signed this week in Havana by the vice president of the Group of Wholesale Food Companies of Cuba, Francis Herrera; and the general secretary of Mercasa, Macarena Olona.

The signing took place in the presence of the Spanish ambassador here, Juan José Buitrago; and the Cuban Minister of Internal Commerce, Mary Blanca Ortega.

The report also states that the Spanish company, by order of the Spanish Ministry of Commerce, will complete the study within eight months, with a budget of $640,000 Euros from the Fund for the Internationalization of the Company.