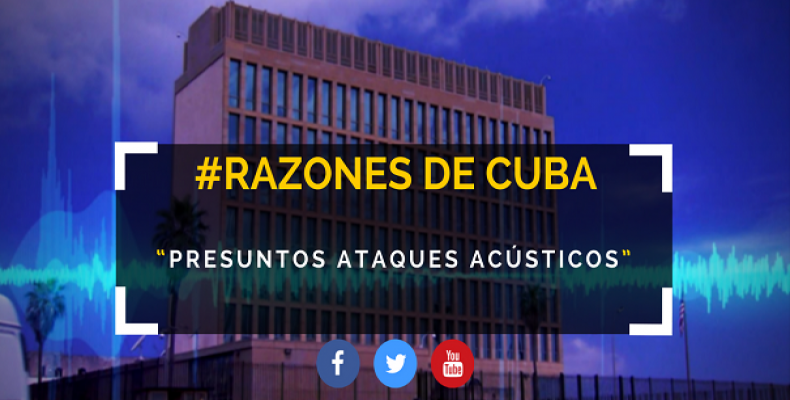 Havana, Feb. 15 (RHC)-- A team of specialists from the University of Pennsylvania have failed to provide a diagnosis of what may be behind mysterious health problems reported by US diplomats in Havana.

After meticulously testing 21 of the 24 embassy personnel thought to be affected, the doctors released what is considered the first detailed US medical report on the incident, published Thursday in the  Journal of the American Medical Association.

The University of Pennsylvania team concluded that the hearing, vision, balance and brain symptoms are all together similar to  brain dysfunction seen after concussions.

ProPublica, the prestigious investigative US news outlet, has also published a detailed new accounting of the affair. After talking with three dozen officials in different countries and looking at what were described as “confidential government documents,” the reporting confirms that no one has any idea what happened in Havana.

And yet, despite no one being sure of what happened, the mystery was used by the Trump administration to roll back changes regarding the Cuba policy introduced under Barack Obama.

In such scenario, also reporting on the issue, the influential US magazine The Atlantic, concludes with the question: But if no American team —the CIA, State Department, or FBI—knows who did it, or if something even happened, what is reasonable to ask of the Cuban government?