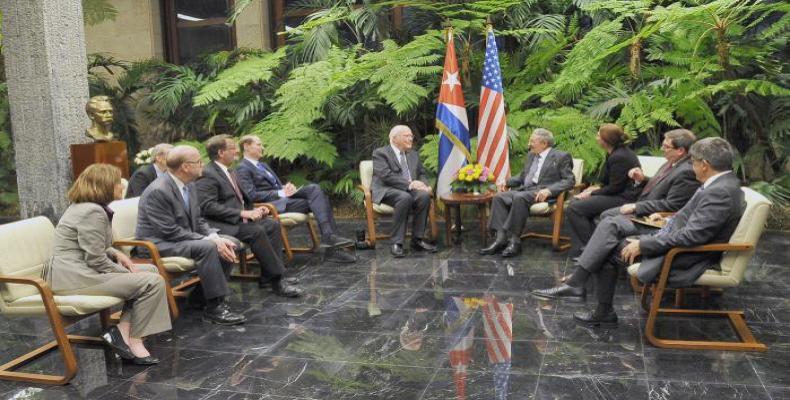 The group included two other Democratic Senators, Ron Wyden from Oregon and Gary Peters from Michigan, and House Representatives James McGovern, from Massachusetts, and Susan Davis, from California.

Speaking to the  press in Havana on Wednesday, Senator Patrick Leahy said his meeting with President Raul Castro had been one of the most engaging he had had during his many visits to Cuba. “We held very active discussions,” said Leahy, noting that just the give and take with Raul Castro had been worth the visit.

Senator Leahy described Raul as a man of profound thinking and passion for his country.

The U.S. congressional delegation returned to the US on Wednesday afternoon.