Day against homophobia and transphobia marked in Cuba 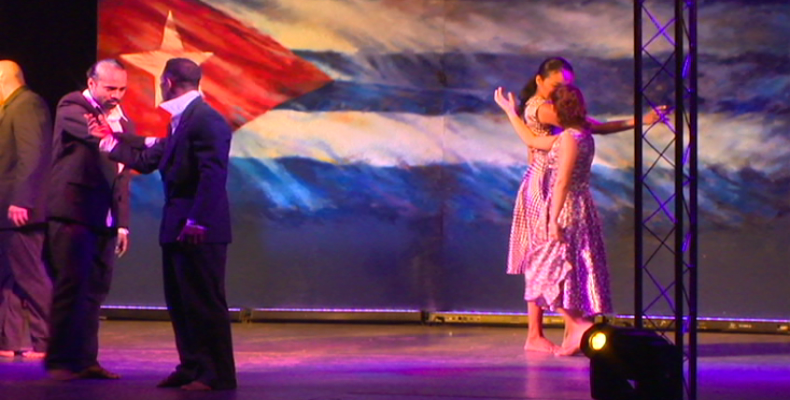 Havana, May 14 (RHC)-- The 11th Cuban Day Against Homophobia and Transphobia was marked in Havana over the weekend with a gala and a parade.

The daily Granma wrote on Monday that a number of functions will be taking place in Cuba through Friday, May 18th, to observe the occasion.  Under the slogan “Me incluyo” (I'm included), this year’s activities in Cuba will focus on raising awareness in schools and educational institutions regarding discrimination against the LGBTI community, working both with teachers and students.

The gala marking the date was held in Havana’s Karl Marx Theater, with performances by Cuban and international artists, who came to together to celebrate diversity and promote respect for different sexual and gender identities.

The Director of the National Center for Sex Education (CENESEX), Mariela Castro, presented an award to the British LGBT activist, Mike Jackson, who is featured in the award winning film Pride, based on a true story about LGBT support for families affected by a British miners’ strike in 1984.
Also attending the gala were Vice President and Minister of Public Health Roberto Morales, Secretary of the Council of State, Homero Acosta, and the ministers of Education and Higher Education, Ena Elsa Velázquez and José Ramón Saborido.