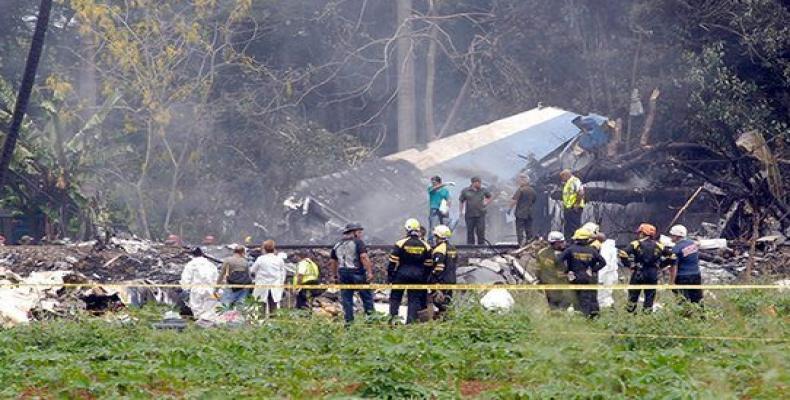 Havana, May 18 (RHC)-- At 12:08 p.m. Friday, a Boeing 737-200, leased by Cubana de Aviación, crashed shortly after take-off in an area between José Martí International Airport on the outskirts of Havana and the town of Santiago de Las Vegas.   There were 104 passengers on board the flight, which was bound for Holguin, in eastern Cuba.

As of the latest report, three passengers survived the accident and are hospitalized in critical condition.

Cuban President Miguel Díaz-Canel went to the site of the crash, along with other Cuban authorities.   Health Minister Roberto Morales, a Council of State vice president, also went to José Martí International Airport shortly after the accident.