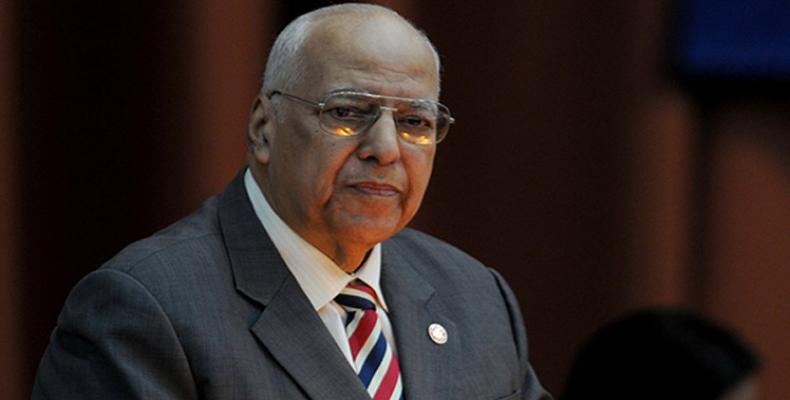 Moscow, May 21 (RHC)-- The Vice President of the Council of Ministers and Minister of Economy and Planning of Cuba, Ricardo Cabrisas, began a working visit today of the Russian Federation.

Cabrisas heads the Cuban delegation to the International Economic Forum in St. Petersburg, which will be held from May 24 to the 26, and is expected to participate in two high-level panels of the gathering along with other heads of foreign delegations.

During his stay in Russia, the Cuban vice president will also hold talks with local authorities and executives, in his capacity as co-chair of the Russia-Cuba Intergovernmental Commission for Economic-Commercial and Scientific-Technical Collaboration.

The Cuban delegation in Russia includes Agriculture Minister Gustavo Rodríguez, and the vice ministers of Energy and Mines, Transportation, and Industry. Also the general director for Bilateral Affairs in the Cuban Foreign Ministry, Emilio Lozada, and Cuba's Ambassador to Russia, Gerardo Peñalver.