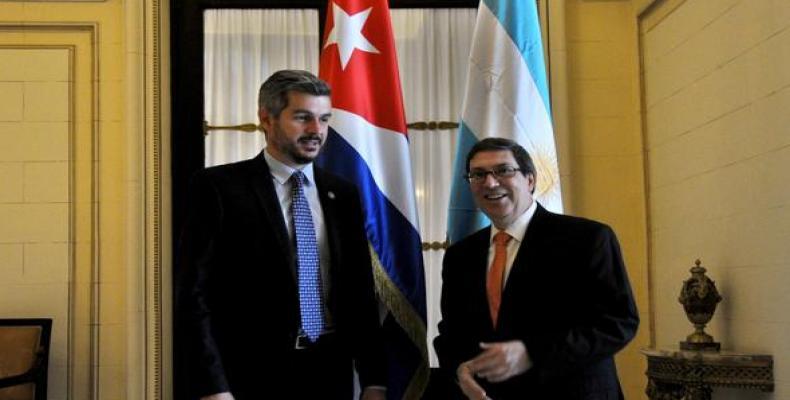 The Argentinean official traveled to Cuba with the government's coordinator of strategic affairs, Norberto Pontiroli.

The Cuban foreign minister and the Argentinean visitor discussed the state of bilateral relations and their perspectives, and exchanged on topics of mutual interest on the international agenda.

Before returning to Buenos Aires, the Argentinean cabinet chief also held talks with Cuban minister of economy and planning, Ricardo Cabrisas, and with the island's minister of foreign trade and investment, Rodrigo Malmierca.

The Argentinean official wrote on his Twitter account that the aim of his Cuba trip was to cement the links between his country and the Cuban government after the inauguration of President Miguel Diaz-Canel, who succeeded Raul Castro in the post on April 19.

Currently, Argentina stands out as a main market of South American tourists to Cuba.  More than 102,000 Argentineans visited Cuba in 2017.