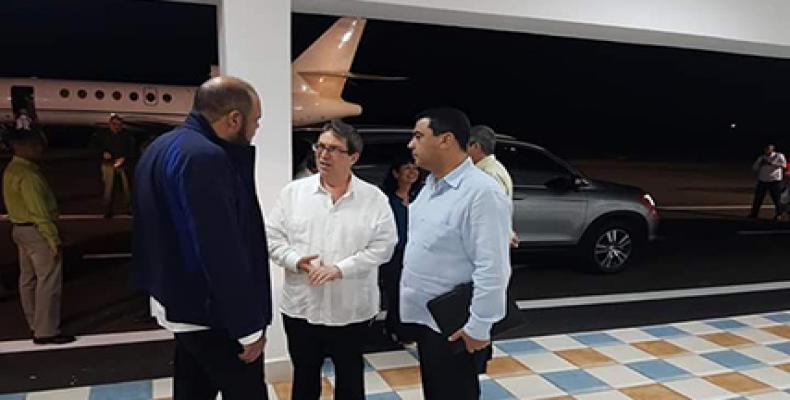 Managua, July 19 (RHC)-- Cuban Foreign Minister Bruno Rodriguez has arrived in Nicaragua, heading the island’s delegation to the main rally on the occasion of the 39th Anniversary of the Triumph of the Popular Sandinista Revolution.

According to Cubaminrex, the Cuban delegation also includes Juan Carlos Hernández Padrón, the Cuban ambassador to Nicaragua, and other officials from the foreign ministry.

On July 19, 1979, the Sandinista National Liberation Front (FSLN) overthrew the Somoza family dictatorship, that ruled the Central American nation for almost half a century.

Nicaragua currently faces a socio-political crisis fueled by the international right-wing forces, with the aim of overthrowing the government of President Daniel Ortega, democratically elected by the Nicaragua people.