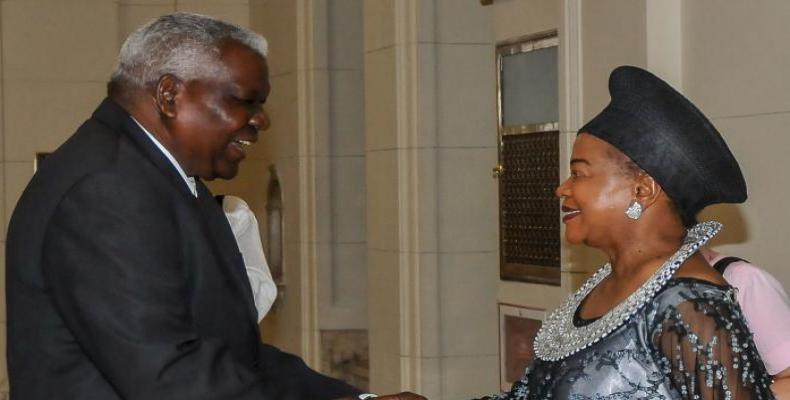 Havana, September 20 (RHC)-- Esteban Lazo Hernández, a member of the Communist Party of Cuba's Central Committee Political Bureau and president of the National Assembly of People's Power, met with his South African counterpart, Baleka Mbete, on Wednesday in Havana.

During the meeting, Lazo highlighted the historic and fraternal ties between the two peoples, commenting on the importance of strengthening bilateral relations and new opportunities for collaboration.

The Cuban official noted that to date, 800 South African students have graduated from Cuban universities while 2,800 are currently studying on the island.  More than 4,700 Cuban collaborators are offering health services in the African nation, while agreements linked to transportation, communications, water resources and communications have recently been signed.

The Cuban parliamentary leader expressed his admiration and respect for former South African President Nelson Mandela and his close relationship with Cuba and Fidel Castro, before highlighted Cuba's support in the struggle to end apartheid.

Meanwhile, Baleka Mbete, president of the South African National Assembly, reiterated her country's support for an end to the U.S. blockade of Cuba, a draft resolution on which will be presented at the UN General Assembly on October 31st.