Cuban president back in Havana after intense agenda in New York 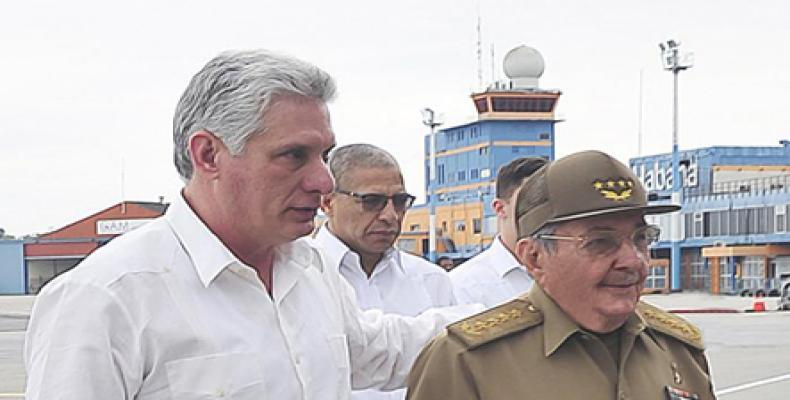 The president was received at José Martí International Airport in the Cuban capital by the first secretary of the Central Committee of the Communist Party of Cuba, Raúl Castro.

During his stay in New York, Diaz-Canel participated in the high-level segment of the 73rd General Assembly of the United Nations, where he denounced the U.S. blockade against Cuba and criticized the lack of political will of industrialized countries to eradicate poverty and hunger.

He also participated in the Nelson Mandela Peace Summit and in a high level meeting for nuclear disarmament.  He also met with leaders and authorities of several nations, visited places of historic interest in the city and spoke with Cubans living in the United States and with U.S. businessmen.