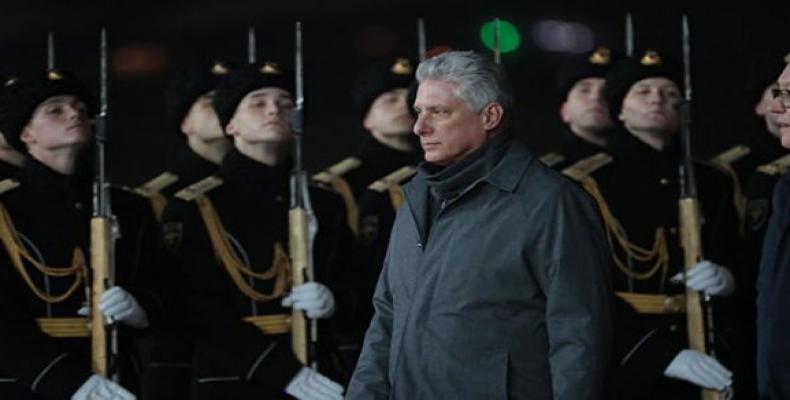 Moscow, November 1 (RHC)-- Cuban President Miguel Diaz-Canel has begun an official visit to Russia, where he will meet with his counterpart, Vladimir Putin.

The Kremlin reported that both heads of state will meet on Friday to discuss the prospects for further deepening of the Russian-Cuban strategic partnership in various fields, as well as exchange opinions on international and regional issues.

The trip of the Cuban president to Russia comes after the signing in Havana of collaboration agreements in the amount of more than 200 million dollars, in the presence of Cuban Vice President Ricardo Cabrisas and Russian Deputy Prime Minister Yuri Borisov.

Cabrisas and Borisov presided over the XVI session of the intergovernmental commission, parallel to the celebration of the Havana Trade Fair, which also hosted the Russia-Latin America Forum.

The agreements are related to a wide range of areas such as energy, with the modernization of three blocks of electricity generation; the metallurgical; sports, and culture, among others.

In addition, relations between Russia and Cuba are excellent and are based on the traditional bonds of friendship between the peoples of both countries.