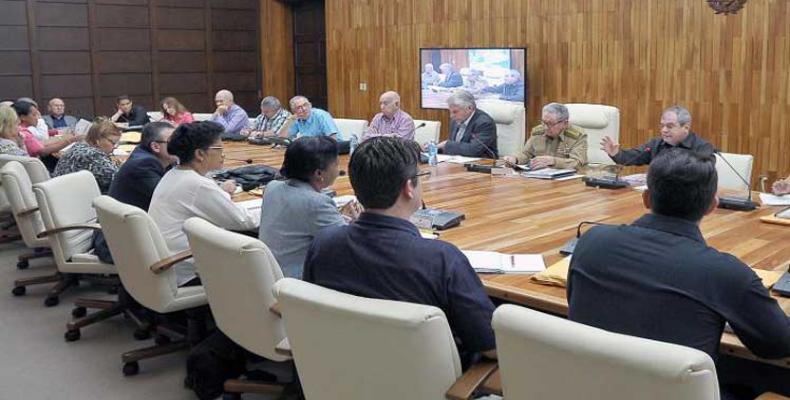 Havana, Nov 23 (RHC) The First Secretary of the Cuban Communist Party, Raúl Castro, led a session of the Cuban National Parliament working committee in charge of drafting the new Constitution.

According to Granma newspaper the meeting, which lasted five days, was also attended by Cuban president Miguel Díaz-Canel.

The committee was informed about the results of the popular consultation held from August 13 through November 15 island wide.

It was disclosed that as part of that process 133 681 meetings were held, with an attendance of almost 9 million people. Participants in those assemblies raised some 1.7 million views on the draft, and proposed 666,995 modifications, 32,149 additions, and 45,548 deletions.

Cubans living abroad made 2,125 proposals, which were also taken into consideration.

After hearing the assessments and suggestions from the groups responsible for processing and analyzing the proposals, the committee made a detailed analysis of the information submitted and agreed to propose to the National Assembly of the People's Power the modifications that are to be made to the Draft Constitution.

In an extraordinary session held last June 2, the National Assembly of People´s Power elected a 33-member committee headed by Raul Castro, the First Secretary of the Cuban Communist Party, to work on the draft of the Constitution.