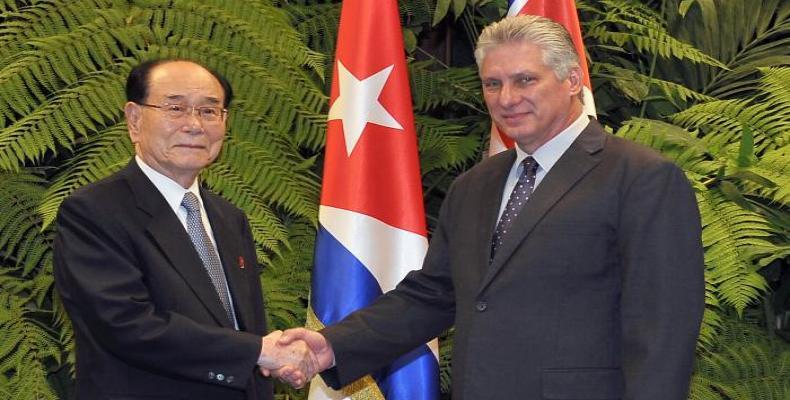 Havana, November 30 (RHC)-- Cuban President Miguel Díaz-Canel has received Kim Yong Nam, President of the Supreme People's Assembly Presidium of the Democratic People's Republic of Korea (DPRK) and member of the Political Bureau Standing Committee of the Workers' Party of Korea (PTC) Central Committee, on an official visit to the island.

During the fraternal meeting on Thursday, the two leaders reviewed the excellent state of bilateral relations and prospects for their development, agreeing on the importance of maintaining and expanding high-level political dialogue. The Cuban President recalled with satisfaction his recent official visit to the DPRK and conveyed his cordial greetings to the North Korean leader, Kim Jong-un.