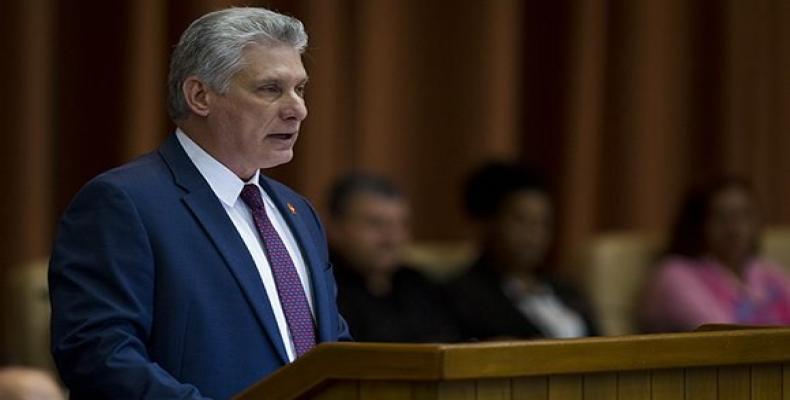 Havana, December 22 (RHC)-- The president of the Councils of State and Ministers of Cuba, Miguel Díaz-Canel Bermudez, delivered the closing remarks to the second ordinary session of the 9th Legislature of the National Assembly of People's Power.

In his address, minutes after the approval by the legislative body of the new Magna Carta, Diaz-Canel said that it ratifies the socialist path of the Cuban Revolution that will soon be marking its 60th anniversary.

He noted that the process leading to this moment not only has contributed to the political culture of the country, but has also made it possible to come closer to the demands of its people.

The president thanked those involved with the process of the Constitution, among them officials responsible for the study and analysis of the proposals, and particularly, the drafting Commission that was chaired by Communist Party leader Raul Castro Ruz.

Diaz-Canel expressed his conviction that the new Constitution will be ratified by the island´s people during the referendum that is going to be held next February 24th.

On that day, he stressed, Cubans will be witnessing the climax of the 150th anniversary of the island´s struggles for independence.

At the end of his remarks he congratulated the Cuban people and conveyed his best wishes for the new year.