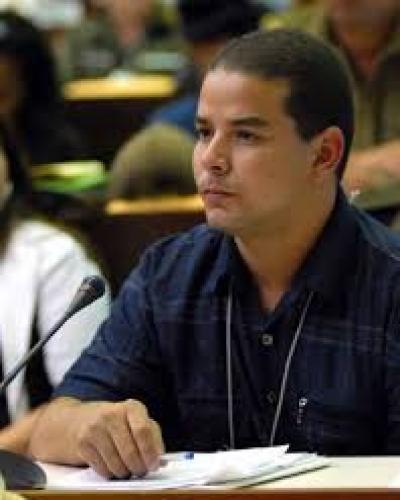 Havana, January 10 (RHC)-- The president of the Cuba-Venezuela parliamentary friendship group, Yoerky Sanchez, expressed support for the Bolivarian Revolution and its leader, Nicolas Maduro, who was sworn in for a new term on January 10.

The National Assembly of People's Power and our group reiterate their unwavering support for the Venezuelan government, the Revolution, the civil-military union and President Maduro,' noted the legislator in exclusive statements to Prensa Latina.

According to Sanchez, Maduro’s inauguration represents a historic day in Latin America, at a time when some are citing the end to the progressive cycle and leftist forces in the region.

That is why we applaud the position of the Government of Mexico in rejecting the hostile stance of the so-called Lima Group, and arguing that Venezuela's issues should be resolved by the Venezuelans themselves, without interference, he stressed.

The Lima Group was founded in 2017, and includes several governments of the American continent, including Argentina, Brazil, Canada, Chile, Colombia and Peru. The platform has been rejected by progressive sectors of the region, which consider it to be a tool to promote U.S. aggression against Caracas, under pretext of human rights concerns.