Journalism forum kicks off with tribute to Operation Truth 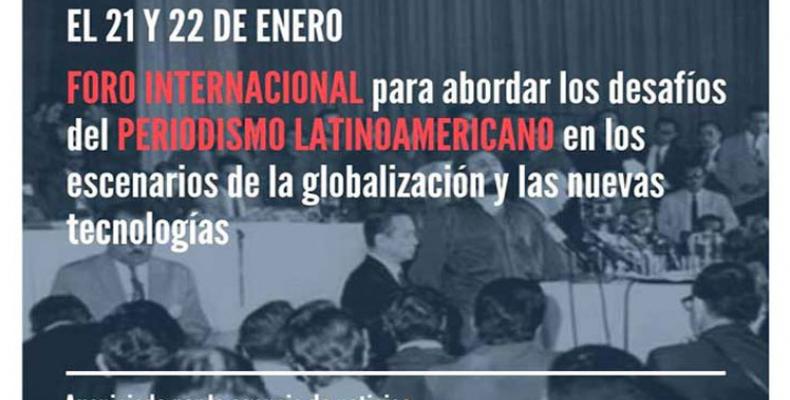 Havana, January 21 (RHC)-- An international forum on the challenges of journalism in Latin America today got underway on Monday at Havana’s Hotel Nacional with a tribute to the 60th anniversary of Operation Truth and the Prensa Latina news agency.

In his opening remarks, the President of Prensa Latina, Luis Enrique González, noted that Operation Truth was called by Fidel Castro on January 22, 1959, to address the public trials of Batista’s henchmen, following an unrelenting media campaign against Cuba launched by the U.S. government and corporate press.   Some 400 journalists and diplomats from the region and beyond were invited to participate and witness first hand the prosecution of Batista's war criminals.

González also recalled the creation of Prensa Latina, the first alternative media outlet in the region, founded by Cuban and Latin American journalists.  He praised the tireless efforts of the agency and its 40 correspondents around the world over the last six decades.

The forum, running through Tuesday, January 22nd, will address the challenges of journalism in Latin America, as well as the impact of globalization and information technologies on the profession.