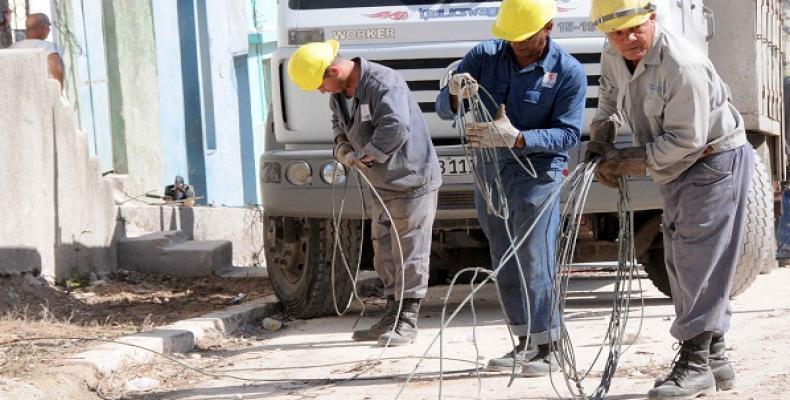 Residents of the municipalities of Regla, Diez de October and Guanabacoa have praised the work carried out by the brigades from eight provinces of Cuba, belonging to the Unión Eléctrica de Cuba.

Authorities say that most of the area residents now have electricity restored, pointing out that many of the installations carried out are now more reliable, since more advanced materials and technologies were used.

The Cuban Minister of Energy and Mines, Raúl García, reported that the primary and secondary networks are practically ready, since the work was conducted by more than one thousand linesmen divided into 200 work brigades.

The supply of water to the affected communities through the networks continues to be stable and 65 pipes are providing service.   In addition, the hydraulic networks of several polyclinics and hospitals located in the municipalities have been restored.