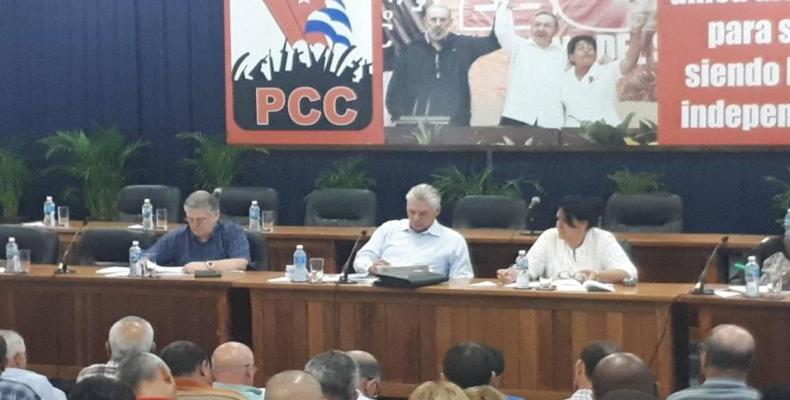 The Cuban leader, accompanied by other political and governmental authorities, urged the workers of the facility to preserve the building,  which is a leading exponent of the eclectical architecture of the the so-called Athens of Cuba. The 24-room facility belongs to the Islazul chain, and is located in downtown Matanzas.

During his stay in thecity, Diaz-Canel also visited a the community of Naranjal Norte, where some 70 houses will be built.

In the municipality of Cárdenas, the president toured a  construction materials company whose production is made available to victims of weather events iwith subsidized prizes, and urged its staff to avoid illegalities inmaterial distribution.

He also visited the headquarters of the  private-sector Decorarte Non-Agricultural Cooperative, the only one of its kind in Cuba for making didactic toys, where he highlighted the excellence and quality of its products.