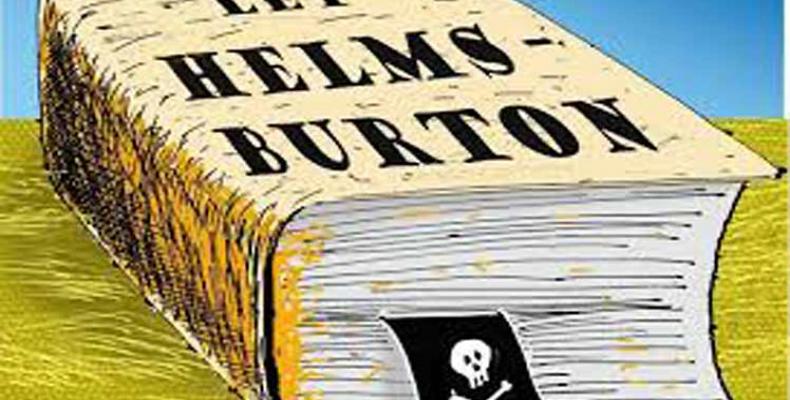 Madrid, May 8 (RHC)-- The Spanish government will open a $420 million investment fund and advisory offices to protect its companies from the threat of U.S.-based lawsuits due to President Donald Trump's new sanctions against Cuba, Spain's Minister of Industry, Commerce and Tourism Reyes Maroto announced.

Just days after the Helms-Burton Law started to be fully applied, Minister Maroto met with Spanish businessmen in Cuba and told them that her government would develop accompanying measures to anticipate what "may be years of litigation."

"When we talk about investments, uncertainty is not good. However, by taking measures and providing certainty in terms of a road map... the commercial agenda we activate with the visit of the president (Pedro Sanchez) is to be maintained and even reinforced," she said.

The application of the 1996 Helms-Burton Law's Titles III & IV allows U.S. courts to prosecute international companies which have worked with properties nationalized in Cuba since 1959.

Title III allows U.S. citizens, including nationalized Cubans, to sue before U.S. courts for companies that supposedly benefit from properties in Cuba that were theirs or their family's before the Revolution.  Title IV restricts the entry into the U.S. of those who have made deals with nationalized U.S. properties.

A U.S. Department of State spokeswoman told EFE that the Helms-Burton Law seeks to "deprive the Cuban government of the wealth it needs to stay in power" and punish it for supporting Venezuela's President Nicolas Maduro.

Spain is the European country with the largest number of businesses in Cuba and its companies lead the hotel sector.  Although there have been no lawsuits against its firms yet, it is expected that legal actions come shortly, in particular against Melia, Iberostar or the Barcelo Group which operate in more than 60 hotels through joint ventures with the Cuban government.

Tourism is the most dynamic Cuban industry and has about 75,000 rooms available, 45,000 of which are managed by foreign chains.  Spain manages two out of three of these rooms, which allowed the European country to achieve an income of over $1 billion in 2018.