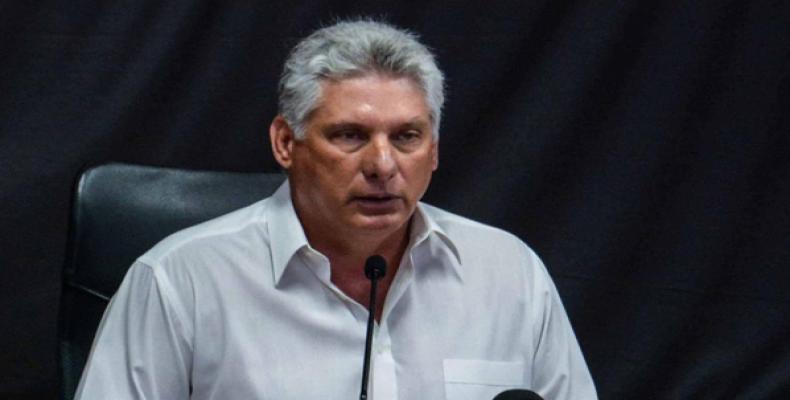 Havana, May 14 (RHC)—Cuban president Miguel Diaz-Canel Bermudez reiterated on Monday that threats, sanctions, lies and falsehoods expressed by the US government against Cuba have found no support in political, academic, cultural, business and religious sectors inside or outside the United States.

In a message on his twitter-account, Diaz-Canel said that Cubans are well versed on solidarity, but not on depriving others, and that Cubans know how to love, but not how to hate.

Rodriguez reiterated that this legislation is an aberration of international law because it breaches trade regulations and constitutes an aggression against Cuban sovereignty and of third countries.