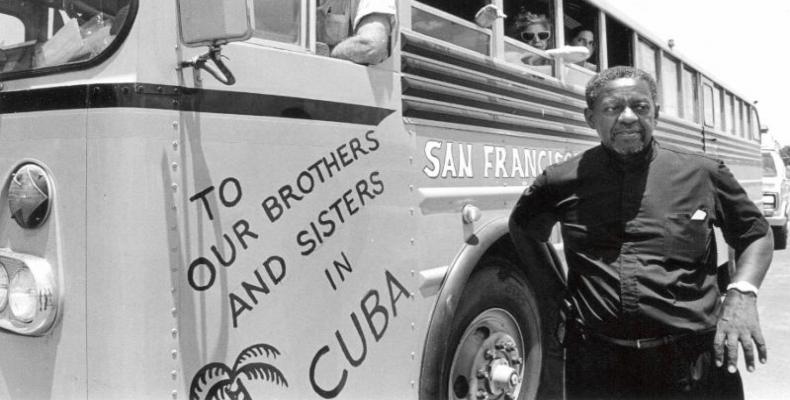 Havana, June 25 (RHC)-- The 30th Friendshipment Caravan organized by Interreligious Foundation for Community Organization-Pastors for Peace arrives in Cuba from Mexico after touring 40 US cities, disclosing the reality of the Caribbean nation and rejecting the economic, commercial and financial blockade imposed by the United States against the island.

As reported by the website of the Cuban Institute of Friendship with the Peoples (ICAP), on this occasion 37 caravanistas have joined the solidarity project, whose main goal is to challenge the travel ban on Cuba imposed by the White House to US citizens.

“At a time when the US government is intensifying its hostility towards the island, we are calling for continued actions against the blockade”, Gail Walker, executive director of IFCO-Pastors for Peace told the Cuban News Agency (CAN).

Cuban president Miguel Díaz-Canel praised on wrote in Twitter that "Consistent with their historic rejection of the blockade, once again, Cuba receives the love and solidarity of Pastors for Peace”.

He also added that their presence, the 30th Caravan will be sending a strong message to the Trump Administration.

During their stay on the island, caravan members will take a first-hand look at recovery efforts in areas of Havana that were severely affected by a tornado earlier this year, the progress of  various community projects and will be perform voluntary work in agricultural areas.