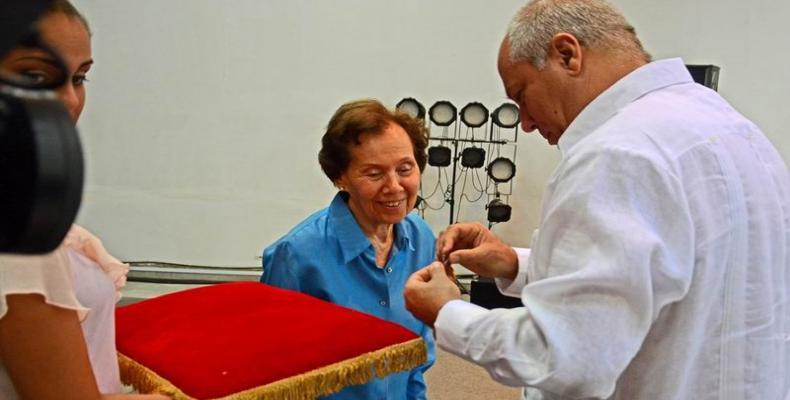 Havana, July 6 (RHC)-- U.S. filmmaker and screenwriter Estela Bravo was awarded the Haydee Santamaria medal at a special ceremony here in Havana.  The distinction was presented to her by the island’s minister of Culture, Alpidio Alonso, at the Casa de las Americas.

The recognition is granted by the island’s Council of State to citizens and groups that have contributed to the enrichment and defense of genuine culture in the Americas.

In praising the honoree, Cuban essayist and researcher Jorge Fornet said Estela is a woman dedicated to creation, and that with her art, she has contributed to seeing the world from a different perspective.

Estela Bravo said that she has lived most of her life on the island, that she feels Cuban at heart and that she prides herself on highlighting in her work the island’s best traditions.

The 86-year-old filmmaker also evoked Heroine of the Republic of Cuba, Haydée Santamaría, and highlighted her qualities, thanking her for creating Casa de las Americas, a space where values of the new Cuba were forged.