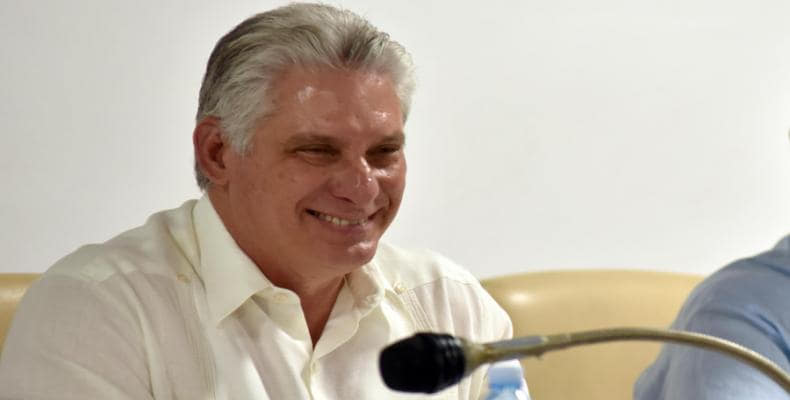 Havana, July 8 (RHC--Cuban President Miguel Diaz-Canel Bermudez stressed Monday that the island´s economy is moving forward despite the difficult international scenarioo and the tightening of the U.S. blockade.

The head of State participated in the debates of the National Assembly´s Economic Affairs Committee, which is working prior to the third regular session of the current Legislature, taking place next Saturday.

Diaz-Canel said that the economy grew in 2018 more than expected and that the purpose is to achieve a modest growth despite the economic, financial and commercial siege applied by Washington "which has not allowed us to display all our capacities"

In statements to participants in the Committee´s meeting, he said that foreign investment projects are underway at the tune of several billion dollars and that there are others aimed at reducing imports.

In this regard, he urged for greater investment on the agribusiness sector and an increase in irrigated arable land, which is currently insufficient for national needs.

“We have to invest in technology, but also in mentality, in management," he said.

The Cuban leader also spoke about the recently adopted measures that include a pay raise for the for budgeted sector and reiterated that the new decisions are a result of "people´s wisdom", collected from direct contact with citizens, and in forums such as the recently held Cuban Trade Union Federation Congress