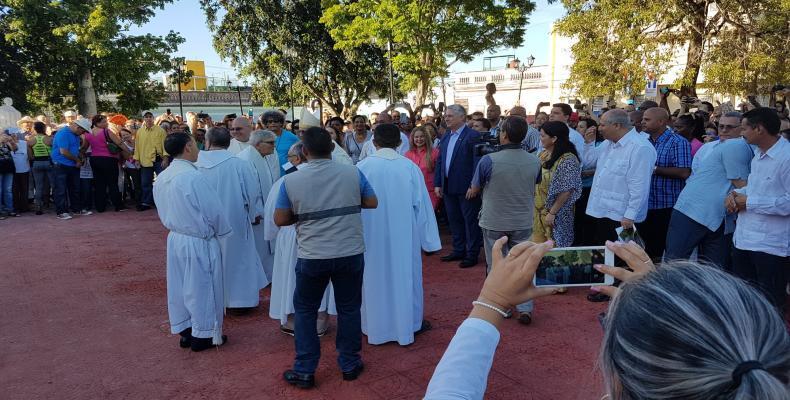 They converged at the El Carmen park, the place where the original village was founded in 1689, to mark the occasion and to pay tribute to the city’s benefactor, Marta Abreu.

Cuban president, Miguel Diaz-Canel, a native of the city, was present at the ceremony.

" It was here where we had the first notion of Homeland, Revolution and of Socialism. Here we learned to honor a heritage of Cuban and universal values: from Marta Abreu to Che Guevara, Fidel and Raúl," he wrote on Twitter.

The Municipal Government will hold a solemn session to acknowledge individuals that have contributed to the development of the city.

The celebrations have included street festivals, art fairs, concerts, the launching of books and fashion shows.

On the eve, a special artic Gala was held with the presence of the island’s minister of Culture, Alpidio Alonso, and top authorities of Villa Clara province.

Santa Clara is known as well as the city of Ernesto Che Guevara. His remains and those of his fellow comrades-in-arms rest at a memorial in this city. The Argentine-Cuban guerrilla led the rebel Army contingent that freed the city from the control of the troops of dictator Fulgencio Batista in December of 1958.