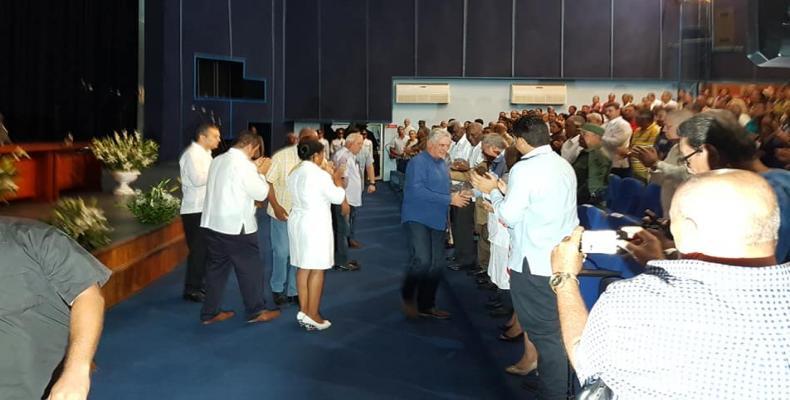 The session was held in the Bayamo Theatre.  During the gathering, the replica of the Demajagua Bell was given to Army General Raúl Castro Ruz, first secretary of the Central Committee of the Communist Party of Cuba (PCC).

The Demajagua Bell is the province’s highest distinction. The original was located at the Demajagua Sugar Mill and was rung on October 10, 1868, marking the start of the island´s first independence war.

On behalf of Raul Castro, José Ramón Machado Ventura, second secretary of the Party, received the highest distinction from that governing body.

On hand for the solemn session were also the of Parliament, Esteban Lazo Hernández, the first Cuban Vice President, Salvador Valdés Mesa.

At the end of the meeting, the Cuban president visited several facilities and squares in Bayamo, the capital of Granma.   The historic city will host at dawn of July 26, the central event for the 66th anniversary of the assaults on the Moncada and Carlos Manuel de Céspedes barracks.