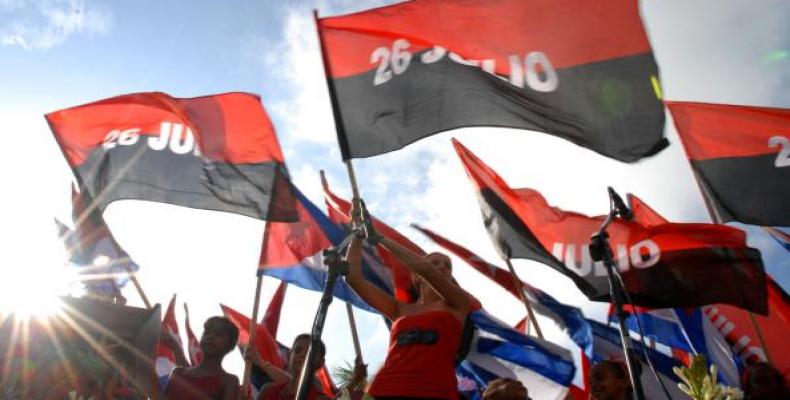 Bayamo, July 26 (RHC)-- The national celebration to honor the 66th anniversary of the attacks on the Moncada and Carlos Manuel de Cespedes garrisons in Santiago de Cuba is underway.  This year, the celebrations are taking place in Bayamo, the capital city of the eastern province of Granma.

The activity began a little past 6:30 a.m. Friday morning in the Plaza de la Patria with a cultural/political program.  Later, among the speakers addressing the crowd, will be Cuban President Miguel Diaz-Canel.

The celebrations to commemorate another anniversary of the attacks led by Fidel Castro on July 26, 1953 point to the beginning of the armed struggle against dictator Fulgencio Batista.  While the attacks failed in their objective of obtaining weapons to begin the struggle in the nearby Sierra Maestra mountains, the action served as a spark to ignite the revolutionary movement.

The July 26th Movement would take its name from this historic date, and rebel forces under the leadership of Fidel would turn the setback into victory -- 5 years, 5 months and 5 days later... on January 1, 1959.