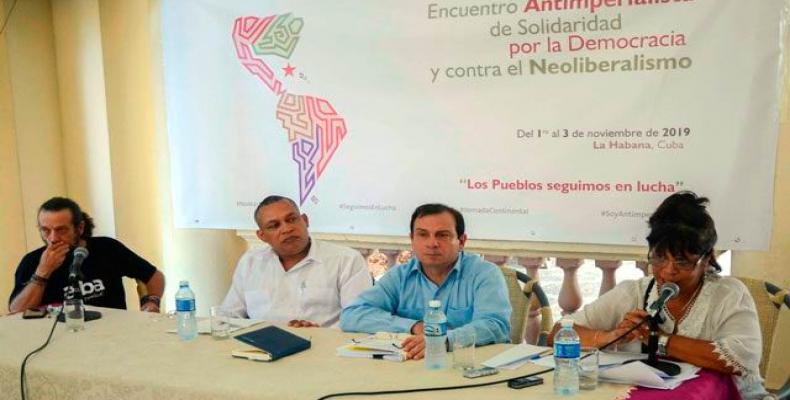 Havana, July 30 (RHC--The Cuban Institute of Friendship with the Peoples (ICAP), the Cuban Workers Federation (CTC), and several social movements, convened this Monday in Havana the Anti-imperialist Encounter of Solidarity for Democracy and against Neoliberalism.

Fernando Gonzalez, president of ICAP, highlighted the importance of the event in the continent´s current situation, characterized by the U.S. government's attacks against progressive governments. The meeting will be held from November 1 through 3 and will be attended by more than a thousand delegates from a hundred nations.

Gonzalez said he main subjects for debate include the lifting of the economic, commercial and financial blockade imposed by Washington on Cuba, as well as the return of illegally occupied territory of the U.S. Naval base in Guantánamo

For his part, Ismael Drullet, a CTC official, highlighted Cuba's support for the demands of the Latin American left and its commitment to fighting for just causes, such as the immediate release of Brazilian leader Luiz Inácio Lula da Silva, unjustly imprisoned in Curitiba.