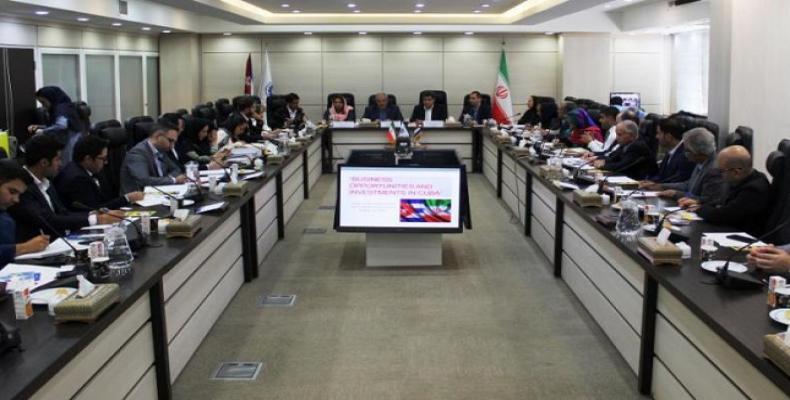 Tehran, August 12 (RHC)-- The first Cuba-Iran Business Forum was held in Tehran under the auspices of the Chamber of Commerce of the Islamic Republic of Iran and in commemoration of the 40th anniversary of the restoration of diplomatic relations between the two nations.

The Forum was chaired by the Cuban Ambassador to Iran, Alexis Bandrich and the vice-president of the Iranian Chamber of Commerce, Hossein Selahvarzi.

According to the Foreign Ministry website, the event was attended by representatives of about 60 Persian companies interested in the development of bilateral trade relations, which were given extensive information that included the portfolio of opportunities, the entire regulatory legal framework for investment in Cuba, details on the Special Development Zone of Mariel and the call for the next International Fair of Havana, to be held this November.

Ambassador Bandrich provided participants with a concise account of the history of the economic ties that both countries have maintained in these 40 years, while reiterating the common willingness to broaden and deepen them in tune with the close political relations existing between the two peoples and governments.