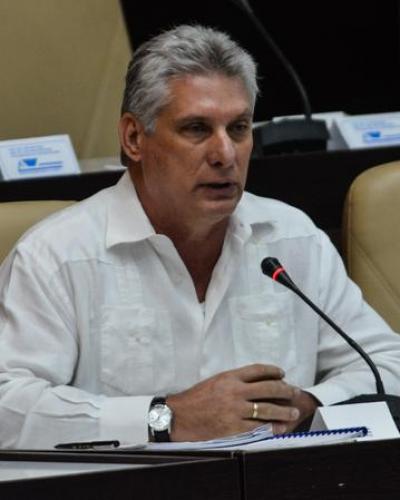 Havana, August 30 (RHC)--Cuban president, Miguel Diaz-Canel, called in Havana to intensify the application of science and innovation in medicine.

In a meeting to evaluate the progress of the health and computarization of society programs, the head of state instructed this effort to be aimed especially at those specialties that are less developed and that have a positive impact on the quality of life of the population.

Cuba currently has 16 research centers, three technological scientific services and 18 development and innovation units. The health sector has a scientific potential of some 241,000 professionals, including 1,141 PhDs in Science.

The Minister of Public Health, José Ángel Portal, informed that in the last three years 32,016 research projects have been developed and 12,812 results were obtained, of which more than 3, 500 were generalized, with high impact on the health of Cubans.

A large part of these projects are carried out in the main areas of the population's health, such as chronic non-communicable and infectious diseases, the mother-child program and natural and traditional medicine.

Diaz-Canel also valued the state of computerization in the Culture sector, as part of the efforts underway in the country to defend the island's identity and cultural heritage in the face of the global colonizing wave.