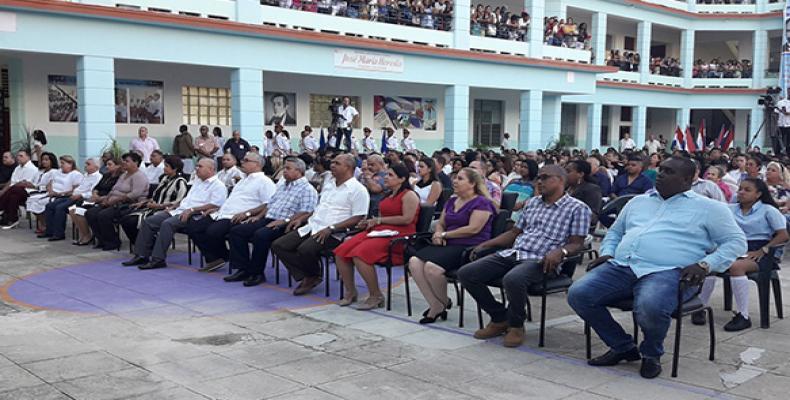 The ceremony was presided over by Education Minister, Ena Elsa Velázquez Cobiella, and top Communist Party and Government authorities in the Cuban capital.

During the ceremony, organizations that worked on the reconstruction of the center, which was heavily damaged by the tornado of January 27, were recognized

On September 2, the center opens its doors renovated and with the optimal conditions to accommodate 310 students.

On Sunday, Cuban president The Cuban dignitary said the day before that the beginning of the school year is a celebration and another goal at the same time. In the same way, he recognized all those who "made it and will make it possible.