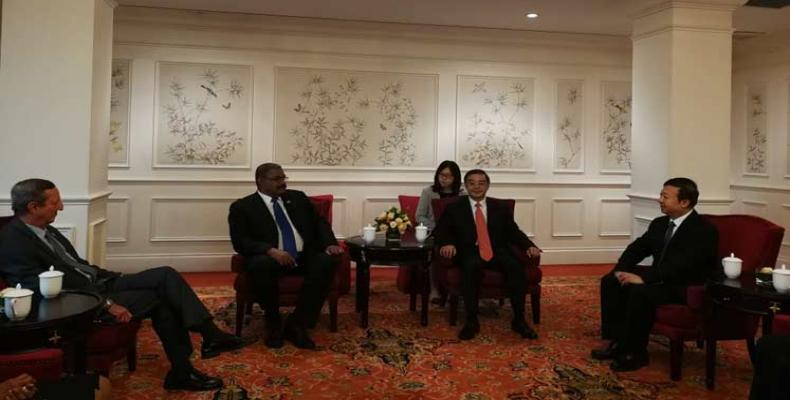 His agenda began with a meeting with the president of the Supreme People's Court of China, Zhou Qiang, who commended the ties of friendship between the two countries and the strength of bilateral relations in his sector.

Zhou also briefed Ferro on the judicial reform, as well as the creation and functioning of the specialized courts of the Asian nation to deal with cases related to intellectual property, international trade, finance and Internet, a statement from the Cuban embassy in Beijing said.

For his part, Remigio Ferro told his Chinese counterpart about the process of improvement that is implemented in the Cuban judicial system, after the update of the economic model and after the promulgation of the new Constitution.

He thanked the firm position of the Chinese government to the struggle of the island against the US blockade and invited Zhou to visit Cuba.

Both parties emphasized the close relations between the highest courts of their states, advocated maintaining the exchange of experiences on the administration of justice and ratified the will to continue deepening friendship and cooperation in this area.