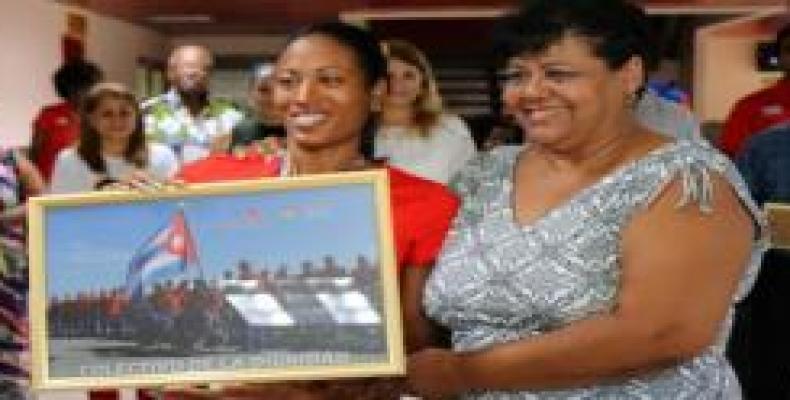 Havana, September 4 (RHC) - Led by the 5-time Special Olympics champion and multi-medalist in Special Pan-Am Games Omara Durand, the Cuban delegation that competed in the Lima 2019 Special Pan-Am Games has arrived to Havana, after finishing their performance in the Peruvian capital.

Durand, who was the flag-bearer of the Cuban delegation, said to the press: ``I had a short training camp, but it was enough to once again be able to dedicate mu triumph to the Cuban people, to my guide Yunior Kindelan, and to my coach Mirian Ferrer´´.

Omara Durand praise the closeness of the group at every moment, in order to get good results, and recognized the efforts made by Cuba to keep alive the flame of sports for people with special needs.

The swimmer Lorenzo Perez, Special Olympics champion in Rio 2016 and World Record holder in the Freestyle 100m in the S6 category, talked on behalf of the athletes.

``Each one of us gave their everything in every single event. we obtained good results and with ony 49 athletes, we won prizes by facing oponents that, equally to us, had prepared themselves for winning´´.

Perez, champion in the 400 m, and Silver medalist in the 50 m and 100 m in Peru, said that leaving aside the dificulties faced, the goal of competing with their hearts was achieved, they gave everything they had in every scenario and they keep ow their sight on future events.