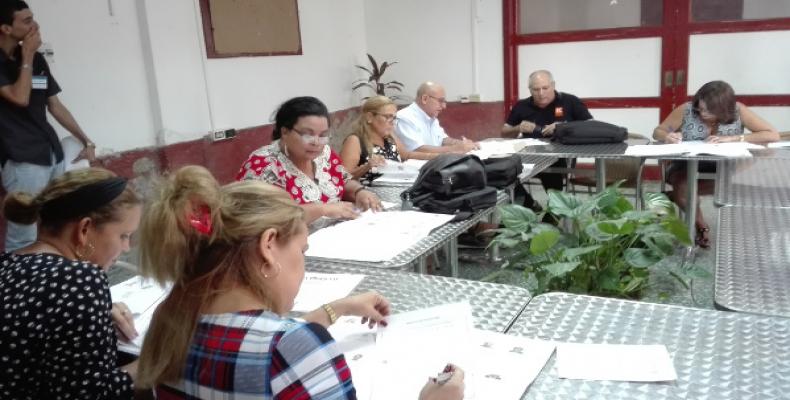 Havana, September 19 (RHC)—Consultations are underway with lawmakers to select candidates for the leadership of the National Assembly of People's Power, the Council of State, the President and Vice President of the Republic, in compliance with the Electoral Law and the Constitution of the Republic.

As provided by the new Constitution, and three months after the approval of the Electoral Law, the National Assembly of People's Power shall elect from among its deputies those responsibilities.

As of this Wednesday, the members of the National Candidatures Commission are consulting with the country's legislators in order to know their proposals on those deputies who, in their opinion, must integrate the corresponding candidature drafts.

The process is expected to last until next September 22. The Parliament will hold an extraordinary session in October for the election of the country’s highest governmental posts.

Meanwhile, provincial and municipal electoral councils are being set up throughout the country.

Prior to this step, the members of such bodies were elected or appointed in accordance with the provisions of Law 127 -Electoral Law-, endorsed last July 13 in session of the National Assembly of People's Power.

At each level, the councils have the task of organizing, directing and ensuring the electoral processes, popular consultations when appropriate, referendums and plebiscites that are called.