France is willing to Strengthen Relations with Cuba 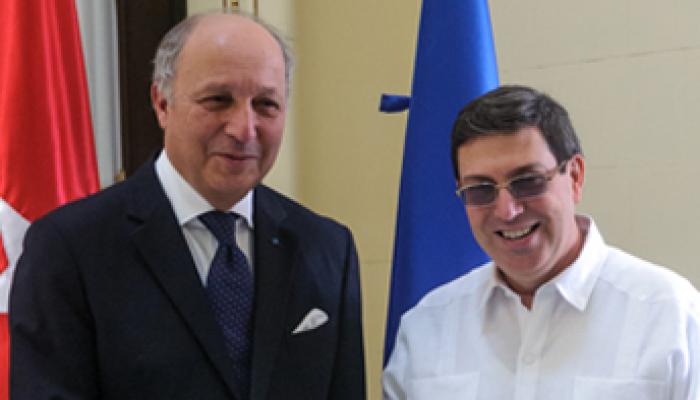 Havana, April 13 (RHC) French foreign minister Laurent Fabius said that his visit will mark a higher stage in bilateral relations with Cuba and expressed his government’s willingness to participate in the development of Cuban economic sectors such as energy, tourism, education, culture.

During a press conference Saturday at the residence of the French ambassador in Havana, Fabious told international and local media that he met with President Raul Castro and that they agreed to boot bilateral relations.

The French foreign minister said that although many companies from his country are already operating in Cuba, many others could participate in the Cuban market. He announced that a representative from Paris will visit Havana in May to take part at the International Tourism Fair.

Fabius reiterated his country’s stance against the US economic, commercial and financial blockade of Cuba and noted that Paris will defend the intellectual property of Havana Club Rum, being commercialized by the Pernord Ricard Company.

He said that France will favor relations between the European Union and Havana and noted that Cuba’s participation in the international arena is interesting and welcome.

The French foreign minister met a tight agenda before returning to Paris Saturday evening, he met with foreign minister Bruno Rodriguez and other Cuban government officials. Fabius also met with Cuban Cardinal Jaime Ortega, with the French community in Havana and with French entrepreneurs.