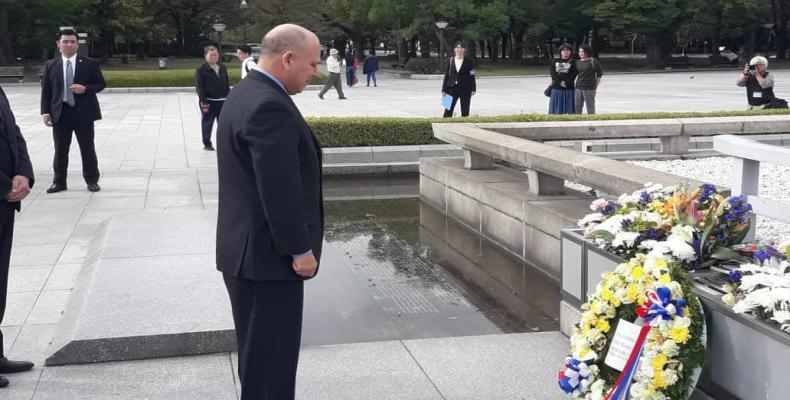 Tokyo, October 20 (RHC)-- Cuban vice president Roberto Morales Ojeda is in Japan, where he will attend the enthronement ceremony of Emperor Naruhito, scheduled to take place on Tuesday.

Besides representing Cuba in the official ceremony of the emperor´s formal ascension, vice president Ojeda will meet government authorities.

On Sunday, he paid tribute to the victims of nuclear bombing in Hiroshima and was welcomed by that city´s Deputy Mayor Nobuyuki Koike.