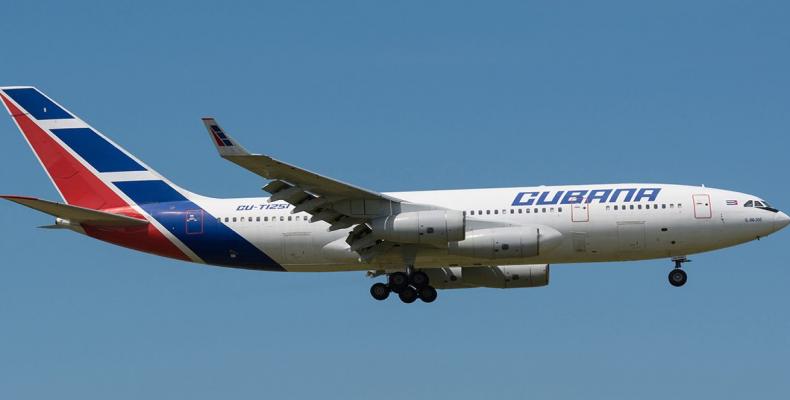 Havana, October 23 (RHC)-- Cubana Airlines announced on Wednesday the cancellation of several of its trips as a result of the latest measures implemented by the U.S. against Cuba, and assured that steps are being taken to address this situation.

Airplanes leased by Cubana to cover international and national routes have been returned to their countries of origin, prompting the company to cancel its flights to Mexico City, Cancun, Santo Domingo (Dominican Republic), Caracas (Venezuela), Port-au-Prince (Haiti), Fort-de-France (Martinique) and Pointe-à-Pitre (Guadeloupe) and affecting flights to Santiago de Cuba and Holguin.

Arsenio Arocha Elías-Moisés, deputy director of the Cuban company, told the press that Cubana was notified of the closing of two aircraft leasing contracts by companies from third countries last Monday.

He added that the US regulations violate international aviation rules.

The executive said that the number of passengers affected is estimated at 40,000, only until December 31, and economic damages are estimated at 10 million in freely convertible currency for the same period.

Although the official did not reveal the name of the foreign companies that canceled the agreements, he said that Cubana is looking for alternatives and that despite the escalation of pressures by the U.S. government, it is examining solutions to continue providing the service.