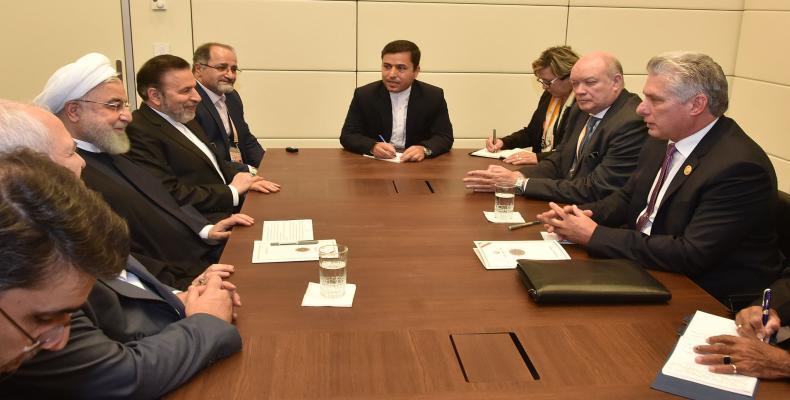 Baku, October 25 (RHC)-- Cuban President Miguel Díaz-Canel met with a number of world leaders on the sidelines of the 18th Summit of the Non-Aligned Movement, held in Baku, the capital of Azerbaiyan.

On his Twitter account, the Cuban president noted that he met with Iranian President Hassan Rouhani; the vice president of India, Venkaiah Naidu, and the head of state of Ecuatorial Guinea, Teodoro Obiang Nguema.

Diaz-Canel wrote that all of the meetings held in the context of the Non-Aligned summit in Azerbaiyan have helped to fortify and broaden bilateral relations with Cuba.