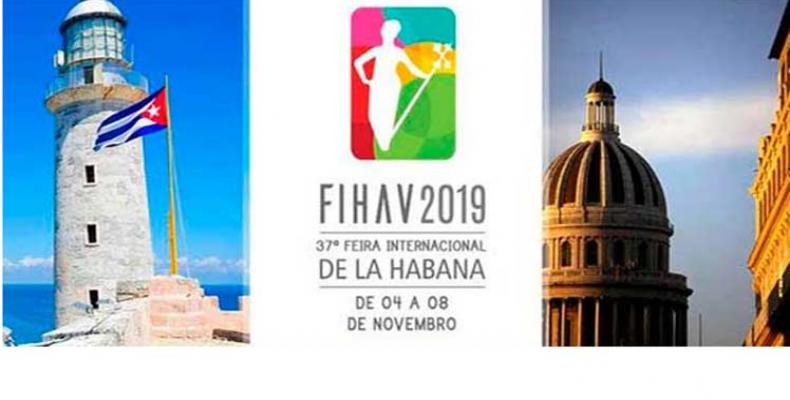 Havana, November 4 (RHC)-- The 37th edition of  Havana International Trade Fair (FIHAV 2019) is kicking off Monday at the fairgrounds of ExpoCuba with the attendance of representatives from more than 55 countries and 360 Cuban entities.

In addition to the numerous presence of Spain´s business people, who traditionally sends the most representatives, there is a big representation of Italy, and, for the first time, delegations from Angola and the United Arab Emirates are on hand,  according to Prensa Latina news agency.

On the opening day, the director of the International Office of the Dubai Chamber of Commerce in Brazil, Joao Paulo Paxiao, will talk about business opportunities for Cuban companies in the UAE.

The Single Window of Foreign Trade, a Cuban Foreign Trade and Investment Ministry initiative that will computerize and simplify the processes of formalities related to imports and exports of the country, will also be launched on opening day.

On Wednesday, there will be the inauguration of the IV Investment Forum and the launch of the Portfolio of Opportunities 2019-2020.

The Mariel Special Development Zone (ZEDM) will also have its own space for exchange with attendees to publicize the tax advantages allowed and progress made in that enclave in recent months.

çThe presentation of the Commercial Directory of Cuba 2020-2021 is expected to take place during the event´s last of the day, next Friday.

The Fair is inserted in the festivities for the 500th anniversary of the foundation of Havana (November 16) so the Cuban capital will have its own stand and Tuesday November 5 will be dedicated to it.

FIHAV is one of the most outstanding meetings of its kind in the region, will count on this occasion with 14 official delegations, headed by ministers and high-ranking officials, and 15 national days of foreign representations will be celebrated.

In a recent statement to the press, the Minister of Foreign Trade and Foreign Investment, Rodrigo Malmierca said that although the fair is taking place amid the intensification of the economic, financial and commercial blockade of the United States against Cuba, the meeting will demonstrate the confidence of international business  on the island´s domestic market