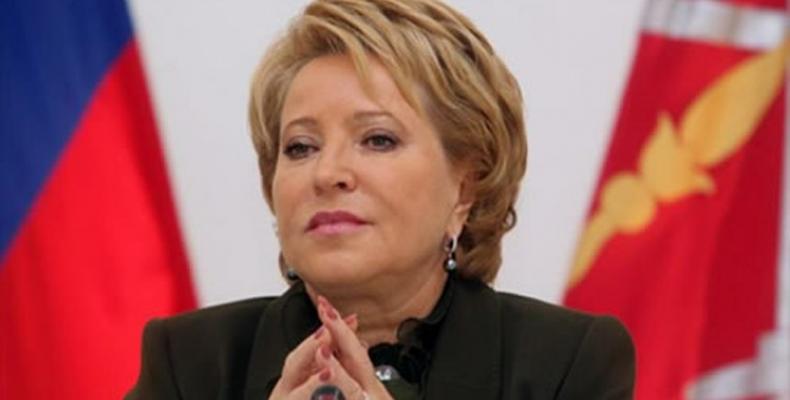 At the José Martí International Airport, deputy Ana María Mari Machado, vice-president of the National Assembly and the Council of State, welcomed the distinguished visitor, who will complete an intense work program, which includes holding talks on Friday with Estevban Lazo, and her participation in the main celebrations for the 500th anniversary of the foundation of Havana.

The leader of the Russian Senate is accompanied by the presidents of the Committee on International Affairs, Defense and Security, and the Committee on Constitutional Legislation and State Formation of that legislative body.

Also traveling with Matvienko is the first vice-president of the Committee of the State Duma for International Affairs, which in turn chairs the Russia-Cuba Parliamentary Friendship Group, among other important Russian legislators.