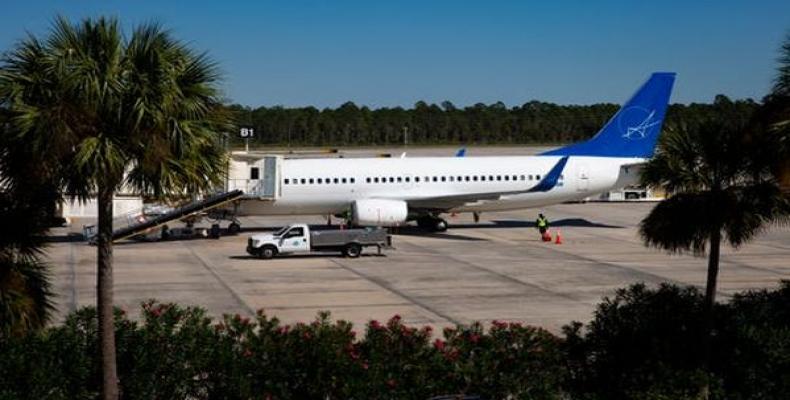 Havana, December 7 (RHC)-- Despite the growing restrictions imposed by the US government against Cuba, charter flights have begun from Fort Myers, Florida, to Havana.

Victoria Moreland, spokeswoman for the air terminal in Ft. Myers, told reporters that Cubazul’s new offer makes them the only provider of non-stop flights between that Florida city and Cuba.

According to Moreland, Cubazul also makes trips from Miami to other Cuban destinations such as Santa Clara, Camagüey, Holguin and Varadero Beach.

The news about the new route comes shortly before a measure by the Donald Trump administration enters into force -- on Tuesday, December 10th -- in which the regular flights of U.S. airlines to any city outside of Havana are prohibited.

Such restrictions, announced last October 25, join the different actions taken by the U.S. government to hinder trips to the Caribbean island, following a substantial increase in visits by Americans to Cuba in recent years.

However, the restrictions do not affect charter companies.  That’s why Maykel Constantin, Cubazul director of operations, said they are looking to expand soon with flights from Fort Myers to other Cuba´s areas such as Holguin and Camaguey.