Elian Gonzalez, acknowledged as Illustrious Son of the City of Cardenas 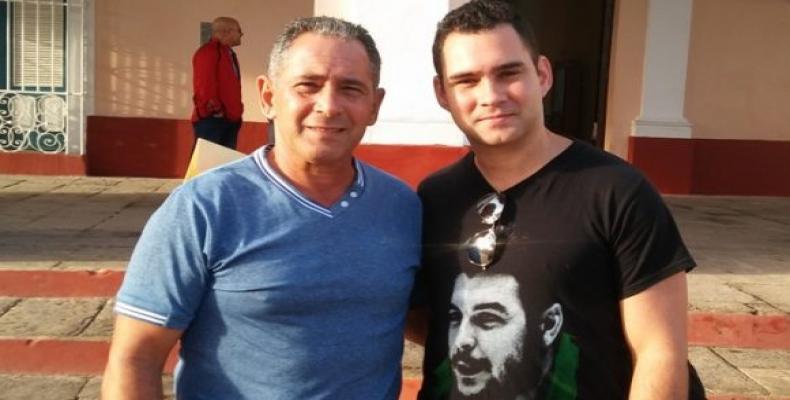 Cárdenas, December 30 (RHC) The title of Illustrious Son of the city of Cárdenas was awarded to Elián González Brotóns.  The recognition took place during the provincial ceremony of Matanzas to mark the 61st anniversary of the Triumph of the Revolution, held in the José Antonio Echeverría Park.

"By unanimous agreement, the Municipal Assembly of People's Power (AMPP) of Cárdenas has approved to grant the honorable recognition to a young man of proven revolutionary principles and dedication," says the text of the Resolution.

The document emphasizes that "despite being known nationally and internationally, Elián shows great humility and humbleness, qualities that have become essential values in his life."

"It is a pride to be a son of Cárdenas," a city where he said he will always remain, Elian said.

He added that his love for the city comes from the teachings of his family and,  above all, from his father, who "decided to remain in this land, despite the tempting job offers he has received."

The title of Illustrious Son of Cardenas given to Elian Gonzalez coincides with the 20th anniversary of the birth of the Battle of Ideas, a struggle that began in December 1999 to demand his return to Cuba from the United States.

His return to the island, accompanied by his father Juan Miguel, took place  on June 28, 2000.